Controlling The Battle of CSS Rules

New web developers are often confused about where to place the rules for their CSS, especially if those rules contradict others in a stylesheet. Curiously, my students seem to have no problem remembering which card beats what in a game of Magic: The Gathering, or which level of Pikachu would do best against a Vulpix in a game of Pokémon… so perhaps it is best to characterize the conflict of CSS rules as a battle for control of your page content.

As a simple example, let’s say we set up the following opposing CSS rules and apply them to HTML code. We’ll start with a linked style sheet:

Applied to a page with this markup and inline style:

The browser must determine the winner to produce the final appearance of the <h1> text. The rules of this battle are not always obvious, especially since there are several “levels” of stylesheet:

Most of the effort of front-end developers and designers is concentrated on author styles, so that is the battle we’ll focus our attention on: there’s nothing you can do about UA or user stylesheets anyway, short of the aforementioned resets and the !important property (again, discussed later).

The basic rule you need to keep in mind to determine CSS precedence is this: all other things being equal, rules for appearance become more “powerful” the closer they get to the element they affect. In the case of a conflict, an inline style will beat an embedded style, which in turn has more power than a linked style over the affected element.

Of course, inline styles are also the most time-consuming to write and manage, which leads to an important point:

Do We Have To Fight?

Generally speaking, inline and embedded styles should be kept to an absolute minimum in your site; which is to say, inconsistencies and potential conflicts should be avoided. A linked stylesheet does more than centralize your CSS code; it also creates a set of consistent rules for the appearance of almost every element in your site. If you find yourself adding many inline styles to your pages (with the possible exception of images) you should probably reconsider your strategy.

As a general rule, you can think of CSS as being read from left to right, and top to bottom. CSS rules in an inline, embedded or linked style take precedence over conflicting rules earlier in that same location. That is, in the case of a conflict, the last rule takes priority. If we have a stylesheet with two conflicting rules:

The last rule will be followed; h1 elements will be red, assuming there are no other conflicting rules. This is also the reason we list W3C standard CSS3 properties last in a declaration, with vendor-prefixed versions first.

The more specific a rule is, the higher its priority. Again, in a theoretical stylesheet:

In this example paragraphs that are within an <aside> element will have a margin of 3em, whatever the order of the two declarations may be in the stylesheet. (As a best practice, create general rules first, exceptions later in your stylesheet: it makes it much easier to understand your CSS).

In this case, paragraphs in articles will have a line-height (leading) of 120%

Style conflicts between an id and a class are settled in favor of the id. For example these styles:

The font-size of the paragraph will be 2rem. In a similar sense, the class for an element will beat any contradictory rules applied using a simple element selector.

The rather strange exception to this rule are classes with the specific name c000 to c255, which will beat a contradictory id declaration, as Chris Coyier demonstrates in this example.

Remember That CSS Is Reconciled Via Inheritance

Many new web developers are convinced that they must re-state all the rules they wish to use in a CSS declaration. This isn’t the case: you only have to state the rules that are different.

For example, in the following:

We only need to specify the size of the paragraphs; everything else is inherited from the <body> selector.

Understanding the rank, structure and resolution of CSS declarations that you order about on your site is one of the core skills of a generalist front-end web developer; having these rules at hand will help you write crisp, clean and ordered CSS code.

CSS Shortcuts Reaping The Rewards of the CSS inherit value 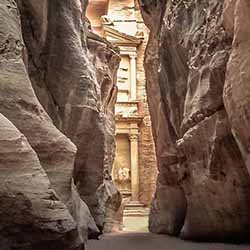