One of the earliest and most fundamental means of referencing an element in JavaScript, getElementById is very frequently used to “latch onto” an element for manipulation.

Given any element on a page with an id attribute on a page:

JavaScript can reference this element using document.getElementById. Very frequently, the resulting object is set to a variable, making it much easier to refer to later.

Note that it is “get element”, singular. This makes sense, since the id value for an element must be unique on a web page: “get elements by id” would be a contradiction.

Displaying the value of the variable in the console would present the object:

There’s a few things to note at this point:

You may have come across the curious fact that modern browsers automatically create objects for any elements that have an id. That is, loading a page that features the element example we’ve been using, and doing nothing else but going to the console to type this:

…will produce the same result as explicitly creating a variable, as we did earlier.

However, this should be considered a bug, rather than a feature: you should always explicitly reference an id, rather than depending on this behaviour.

Unlike other methods that we will look at in this series, getElementById is an exclusive method of the document object, and is always associated with it: that is, it must always be written as document.getElementById().

Historically, getElementById was used a great deal in JavaScript, which tended to leave markup littered with id attributes. While it remains very useful, greater flexibility and precision is usually provided by newer alternatives such as querySelector, reducing the need for id values everywhere.

Technically, the JavaScript Selectors API encompasses only document.querySelector and related methods; for the purpose of this reading list, I’ve grouped all JavaScript methods that “select” elements from a web page together as “JavaScript selectors”. 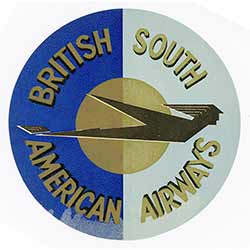