It’s uncertain when the design motif originated - perhaps with the original 1980’s Battlestar Galactica TV series - but there’s something about clipped corners that screams “high tech” to viewers. Unfortunately, creating that appearance has been rather difficult in web design. Lea Verou outlined some clever ways to achieve clipped corners in her recent CSS Secrets book, but I thought up a few alternatives:

Why Not Use Background Images?

An instinctual reaction to this design goal might be to use background-image. Unfortunately, there are a few problems with that approach:

SVG, coupled with border-image, addresses all of those limitations.

The first example shows not clipped, but “braced” corners. This is achieved by using a primitive SVG polyline, duplicated three times:

Note that the copies are rotated around the center of the SVG (i.e. at coordinates 5, 5). You may want to provide the brace with a different stroke and change it later, as otherwise you’ll likely see white polylines on a white background when looking at the SVG by itself, i.e. nothing at all.

This SVG is applied to a container element as a border-image; in this case, that element is a <div> with an id of braced-corners:

We can also use SVG to create a grid background for the container as a separate file, which I’ll call grid.svg:

In this case, the grid is made up of almost completely transparent white lines. Applied to the same container element in CSS:

Interestingly, we can transition both on hover to provide a “focus” effect, which you can see in the example above:

Unfortunately, Firefox messes this up by replicating the braces across the edges of the container on focus, an issue that needs more work and attention.

The original clipped corner effect takes a similar approach. First, the basic shape is created as a file named clipped-corner.svg:

Visually, the SVG looks like this (filled with black for visibility):

It’s then applied to the container element:

There’s just one problem: true to its name, the border-image takes care of the border of the element, not it’s interior, creating a result that looks like this:

This presents something of a quandary: we can’t use background-color to fill the space, as that will also flood the cut-off corner. I hit on the idea of using an inset box-shadow with the same color as the SVG border-image:

Using an appropriate amount of spread with no blur, this fills the center of the container without affecting the corners. The background-image of the grid can then be applied as normal: the cut-off corner will always appear as a 45° angle, even as the elements are resized.

Eagle-eyed readers may notice that the grid background image actually flows over the cut-off corner. This could be taken care of with clip-path, but the CSS implementation currently does not cut-off background images.

Enjoy this piece? I invite you to follow me at twitter.com/dudleystorey to learn more.
Check out the CodePen demo for this article at https://codepen.io/dudleystorey/pen/wKGWNK 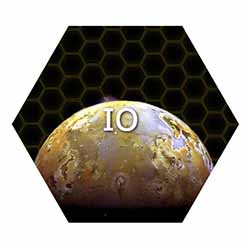 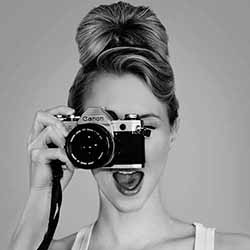