In my experience, many web developers have a poor understanding of digital video technologies; as a result, the file size of the video they produce tends to be huge, and completely inappropriate for the web. Thus, my attempt at a guide.

In general, people trying to optimize video suffer from the same ignorance as those trying to optimize bitmap images: they do not understand appropriate format and compression. In video this is complicated by a common confusion between codec and container.

A codec (for compressor-decompressor) is the algorithm used to lower file size. JPEG is a codec that is primarily used for still images; the MPEG codec is the equivalent for video.

Some typical video codecs include:

Generally speaking the more recent the codec the better the compression, bandwidth use and image quality, and thus the smaller the file size; H.264 is better than MPEG-2 on almost all counts. On the other hand, older codecs tend to have a wider range of support: almost every piece of digital AV equipment made in the last fifteen years understands MPEG2; fewer understand H.264. As always, choices are a tradeoff between ubiquity and efficiency.

A container is a “wrapper” format around encoded media. A container format, in and of itself, does not say anything about the type of media inside of it, or the codec used to compress that media, although there may be strong associations between certain codecs and containers.

Again, it is very important to distinguish between container and codec. The codec is the method with which media is encoded; the container is the wrapper around the content. The container format often implies that a particular application should be used for playing back the content (QuickTime for .mov, Flash Player for .flv, etc).

One reason that many people get confused between containers and codecs is that either may be used as the suffix of a file. For example, test-movie.mov is a container file that could contain anything at all; test.mp4 is a video file encoded in H.264 MPEG-4. 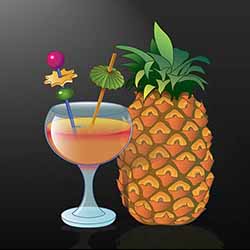