Unlike scripting languages such as JavaScript and PHP, vanilla CSS cannot loop back on itself. The lack of this feature often means that portions of your site stylesheets must be written out in long, tedious routines that force you to cut, paste, and alter CSS declarations, only to have to change them all again when a detail in the markup or CSS changes.

Thankfully, Sass does have loops, which can generate a great number of lines in your stylesheet almost instantly.

Sass loops are part of the scripting language’s “control directives”. A Sass for loop is very similar to a for loop in JavaScript:

Alternatively, you could the through syntax:

The difference between the two is subtle, but important: in the to syntax, the loop will give up as soon as it hits the final number, whereas through will do just as the name indicates, proceeding though for the final loop.

An obvious use of loops is to create nth-child selectors in CSS. Let’s say we wanted to create a rainbow effect in a navigation bar, with each link having a different background color. (Note that this is strongly inadvisable from a design perspective: we’re simply using it here as an exercise.)

While there are many ways to achieve this, let’s say we want to use Sass. Create a new pen at CodePen, and in the HTML pane write:

…and immediately press the TAB key, then fill in the text for each link. The result might look like this:

Make sure the CSS pane is set to accept Sass, then write the following:

This ensures that each link takes up the same amount of space. Go ahead and customize the appearance of the links however you wish; I’ll concentrate on the backgrounds here.

We want the background color of each link to proceed in order around the HSL color wheel, so I’ll change the Sass code to the following:

It’s easy to see the effect of the to and through keywords in this example: try changing them in the supplied pen to see the difference.

Aside from changing aspects of the loop and looking at the results directly in the CodePen preview pane, the easiest way to understand what’s going on is to see the complete generated CSS code. Click Share and choose the Export option at CodePen to download a complete copy of the files for yourself.

The relationship between HTML and CSS is a one-way street: CSS can influence the appearance of HTML, but HTML can’t inform CSS. This means that CSS can’t ever be “aware” of the number of elements on a page, and can’t count them: that’s a job for JavaScript. So when writing loops in a preprocessor, the developer has to know how many child elements there are to write styles for on the page; Sass cannot.

As you can see, using loop can generate a lot of CSS very quickly, making it extremely useful in developing stylesheets.

Because it is very similar to other for control structures, it’s very easy for beginners to forget to place the required @ symbol at the start of Sass control directives. A possible way to remember to do so is to recall that Sass may be “superpowered CSS”, but it must still respect its origins: a word at the start of any line in CSS is assumed to be a selector, and for is already an accessibility attribute that could be used in a selector, so we can’t use that. Using @ “protects” the for directive from CSS misinterpretation.

There are a number of new features in this example, including the use of Sass math and “echoing” variable values directly in CSS code. I’ll explore both of those in more detail, together with more variations of Sass loops, such as @each and @while, in future articles.

Like nesting, it is very easy for poorly-written loops to produce out-of-control CSS. In theory, you could create a near-infinite Sass loop that would endlessly produce lines of CSS code. Take care in what you’re doing, and always inspect the final CSS output.

Enjoy this piece? I invite you to follow me at twitter.com/dudleystorey to learn more.
Check out the CodePen demo for this article at https://codepen.io/dudleystorey/pen/vEWVdd 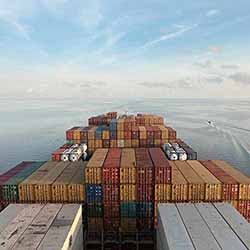 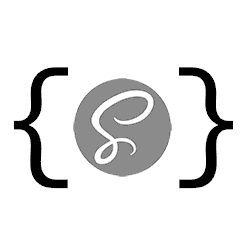