In a previous article I demonstrated how to wrap text around bitmap images with CSS Shapes.  The process of creating a separate image mask to do so was a little complicated; for images that are simply circular, a lot of that complexity can be avoided.

As before, you’ll need the Adobe polyfill to make this technique work in Firefox and IE / Edge, at least right now: the curent verions of all other browsers support the CSS Shapes spec.

The image above is a JPEG that looks circular. Placing it in our page and wrapping text to it with a float, while applying the polyfill:

The result works very well in Chrome, but you may find that it looks a little odd in other browsers. I’d suggest changing background color of the page to see what’s going on.

Browsers with native support for the Shapes module place the curved text above the image, but browsers that require the polyfill place text underneath the image. There are several possible solutions to this:

However, for many images the answer is far easier: apply border-radius.

Note that border-radius does not, by itself, allow text to wrap around the image; instead, it works as a simple and effective circular clip.

Like radial-gradient, the radius of the circle wrap shape can be specified using any CSS length unit or the keywords closest-side and furthest-side, and its position determined by number pairs. It’s also possible to specify the box-model for the shape. It’s my guess that using these options will be relatively rare in production, but it’s nice to know they are available.

Adobe’s Brackets editor has a Shapes Editor extension that makes visual editing of shapes much easier.

Shapes can also be used to curve text around SVG content displayed on the page as an <img>; perhaps surprisingly, it can also be used with SVG inline content, with a little care. The next obvious enhancement is to use SVG paths as shape outlines, which is promised for the next iteration of the specification.

CSS Shapes are just part of an ongoing effort, from <picture> to regions, that allow web designers to achieve page layouts in a browser just as good as the traditional printed page. The Shapes specification also allows text to be wrapped inside circles, an aspect that this series will look at next.

Enjoy this piece? I invite you to follow me at twitter.com/dudleystorey to learn more.
Check out the CodePen demo for this article at https://codepen.io/dudleystorey/pen/FvJDB 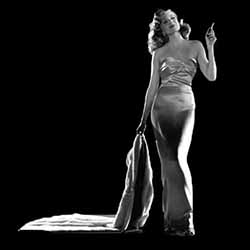 Wrapping Text Around A Curved Image With CSS Shapes Breaking Out of The Box: Creating Non-Rectangular Web Designs 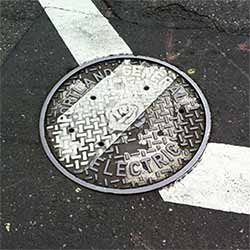