The second group of possible comparisons in JavaScript (after equality operators), relational operators determine if one operand is greater or less than another. As such, they are frequently used in mathematical expressions, often in the form of comparing variables within if statements.

Determines if the left operand is greater than the right operand. In the console:

These operators are almost always used to compare numbers, but they can also be used with strings. When this occurs, the Unicode value of the characters in each of the strings is added together and compared:

This can lead to very confusing results, and, as such, relational comparison of strings should be generally avoided.

Determines if the left operand is less than the right operand:

If you become confused between the greater than and less than signs, remember two things:

So 4 < 3 is asking the question "is 3 bigger than 4?” or alternatively, read from left to right, "is 4 less than 3?” In that case, the answer is no: the shark wants to turn around and swim in the other direction to eat the larger meal of “4”.

Greater than or equal to operator

Tests if the first operand is greater than or equal to the second operand:

Less than or equal to operator

Tests if the first operand is less than or equal to the second operand:

It’s also common to forget whether the equals sign is written before or after the greater or less than sign. It’s written in the same order as the name of the operator: “less than or equal to” is therefore <=.

Sometimes new coders will try to use <> as a way to express “not equal to” in JavaScript. Unfortunately, that isn’t supported; use the inequality or (preferably) the strict inequality operators instead. 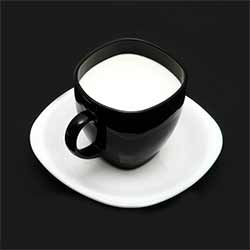