; the HTML5 template has another. First, meta tags are normally written in the head section of an HTML document. That should tell you something: meta tags are typically not body content. Rather, they are information about the page.">

There is a great deal of misinformation about what meta tags are and what influence they have in search ranking. First, note that we are concerning ourselves exclusively at this point with descriptive meta tags. There is another form, http-equiv meta tags, that have a very different function. (You can see a http-equiv tag in the XHTML template: <meta http-equiv="Content-Type" content="text/html; charset=UTF-8" />; the HTML5 template has another.

First, meta tags are normally written in the head section of an HTML document. That should tell you something: meta tags are typically not body content. Rather, they are information about the page.

“meta” (from the Greek) derives from a term meaning “to carry something from one place to another”. Used in English, it is commonly interpreted to mean “transcending” or “encompassing”. A metaphor doesn’t address a thing directly, but transmits a concept via an idea; metaphysics doesn’t speak directly about physics, but about bigger, broader ideas and implications of physics.

The idea of descriptive meta tags is to summarize what a page is about. You would not attempt to read an entire book in a bookstore in order to work out what the book was about – you’d probably flip to the back cover and read the summary there. Meta tags function in the same way. From the Dublin Core website:

“The word "metadata" means "data about data". Metadata articulates a context for objects of interest – "resources" such as MP3 files, library books, or satellite images – in the form of "resource descriptions". As a tradition, resource description dates back to the earliest archives and library catalogs. The modern "metadata" field that gave rise to Dublin Core and other recent standards emerged with the Web revolution of the mid-1990s.”

Like HTML, the original intention of meta tags was lost in abusive and irrational practices during the early years of the web. Under XHTML, meta tags have been re-written and tightened up in specification to be more useful and relevant: this initiative is called “Dublin Core”. In HTML5 meta tags have a diminished role, and do not utlize Dublin Core. 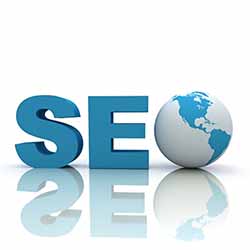